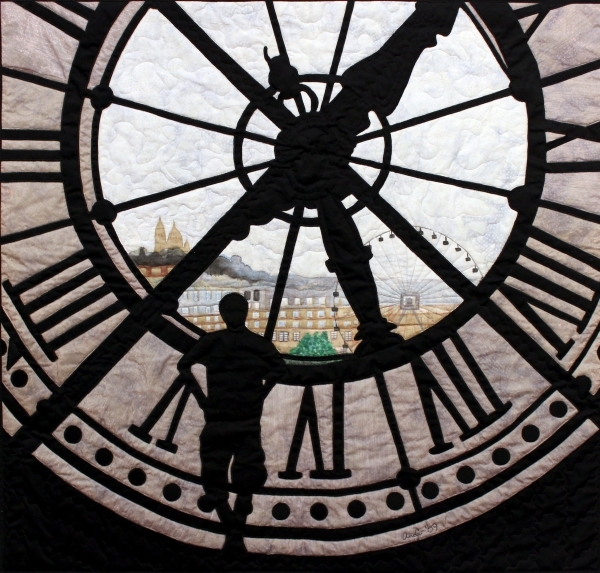 A family trip to the Musee D'Orsay in Paris, France, in 2003 inspired this quilt. The late 19th century building with the clock was originally a train station and has now been transformed into the Impressionist Art Museum. My youngest son was standing in front of the clock and the window behind it when my husband took a photograph. The view through the window is the Sacre Coeur and a ferris wheel. It reminds me of the speed of the passage of time.