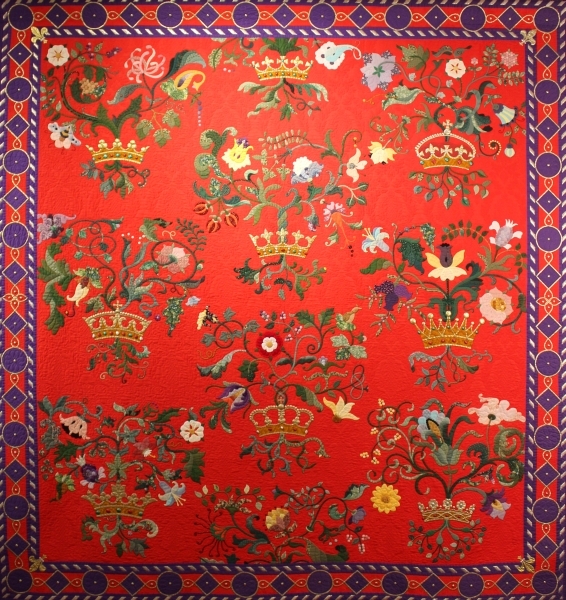 This quilt was inspired by a visit to The House of Parliament in London. As I was working on the quilt, I was listening to an interview with Archbishop Desmond Tutu on the fall of apartheid in South Africa. He remarked, "Oh, we celebrated right royally!" Whereupon I changed the name of the quilt from Crowned with Glory to Crowned With Glory-Right Royally because the quilt, while inspired by the birthplace of modern democracy, also celebrates the fruits of that democracy.

Crowned With Glory-Right Royally was named one of the 100 Best Quilts of the 20th Century.