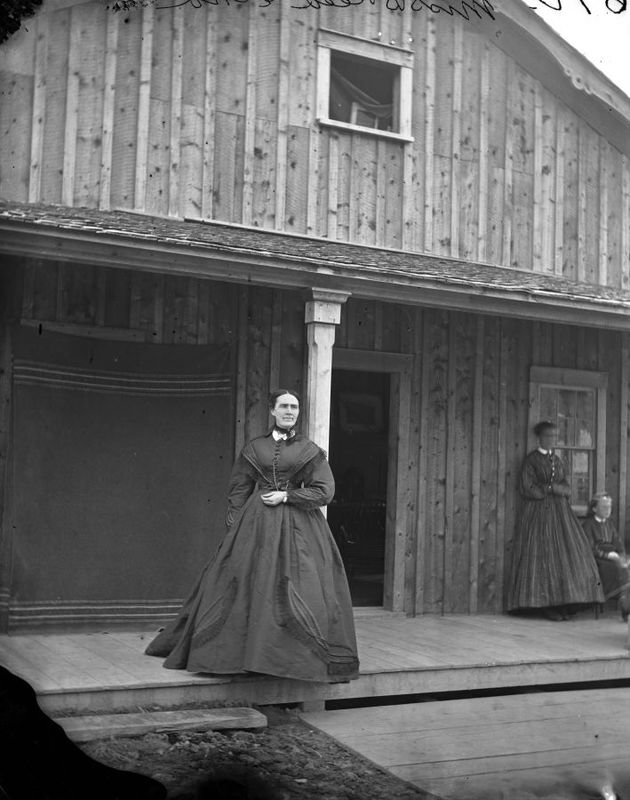 On the Utah portions, it seems that wives of Mormons who worked on the railroad accompanied them and served as cooks, although they do not seem to have been on the payroll directly.

One occupation women were involved in prior to and more so after the completion of the Transcontinental Railroad was telegraphy. Telegraphers enabled communication between train crews and stations to convey the movement of locomotives and other information. This is one of the first positions that placed women into the public sphere.

The 1870 Brigham City census overwhelmingly lists the occupations of adult females as “Keeping House” (a couple other occupations include “School Teacher” and “Domestic Servant”). There is one outlier, however: Rosetta Snow Loveland, Telegraph Operator. Just one year after the completion of the railroad, Brigham City already had a female telegraph operator to help keep rail traffic moving.

A newspaper article from 1919 mentions that a woman will attend the Golden Spike 50th Anniversary as one who worked on the railroad. Elizabeth L. Hannibal of Salt Lake worked as a cook for her husband’s and one other camp in Utah as the Transcontinental Railroad neared completion. Some women were cooks for worker camps or diner cars that followed the construction of the Transcontinental Railroad.

Why are there no photographs of women who accompanied their husbands, or lady telegraphers, or prostitutes?

Because that is not what the photographers documenting the construction of the railroad were there to do. They were highlihgting aspects of a national effort — and ensuring they showed it in the best light for the funders back in Washington D.C. The story was about men building the railroad, and scenery along the way.