Is There a Mass Grave of Chinese Railroad Workers in the Brigham City Cemetery? 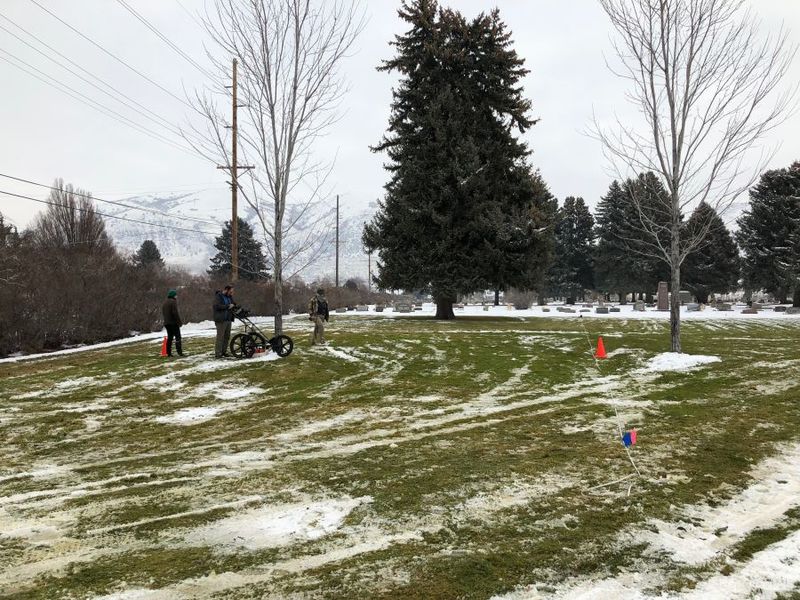 The rumored location of the mass grave.

Dead Chinamen — Six cars are strung along the road between here and Toano, and are being loaded with dead Celestials for transportation to the Flowery Kingdom. We understand that the Chinese companies pay the Railroad Company ten dollars for carrying to San Francisco each dead Chinaman. Six cars, well stuffed with this kind of freight, will be a good day's work. The remains of the females are left to rot in shallow graves, while every defunct male is carefully preserved for shipment to the Occident.

Bones of Defunct Chinamen — The Central Pacific freight train last evening brought to the city the bones of about fifty defunct Chinamen who died from disease or were killed by accident while working on the line of the Central Pacific Railroad. They are to be interred in Conboie's private cemetery, as have been already the bones of about one hundred others similarly deceased.

Bones in Transit — The accumulated bones of perhaps 1,200 Chinamen came in by eastern train yesterday from along the line of the Central Pacific Railroad. The lot comprises about 20,000 poundds. Nearly all of them are the remains of employees of the company who were engaged in building the road. The religious customs of the Celestial Empire require that, whenever possible, the bones of its subjects shall be interred upon its own soil and the strictness with which this custom is observed is something remarkable.

← Was the Railroad Completed at Promontory Point?
19th Century Disease Facts →
Is There a Mass Grave of Chinese Railroad Workers in the Brigham City Cemetery?