What Famous People Have Been Invited to Attend the Celebrations?

Planning for the Semi-Centennial of the Golden Spike in 1919 took place near the conclusion of World War I. A letter in the Ogden Daily Standard remarked, “We must not forget to go onward with our railroad anniversary, the moment that the lowering clouds of adversity are carried by the zephyrs of peace to the central empires.” The writer proposed that the Semi-Centennial be a time of admiration for the victors by inviting General Foch of France, General Pershing, and President Wilson to cross America by train and take part in the ceremony. President Woodrow Wilson was invited, but did not attend the event. 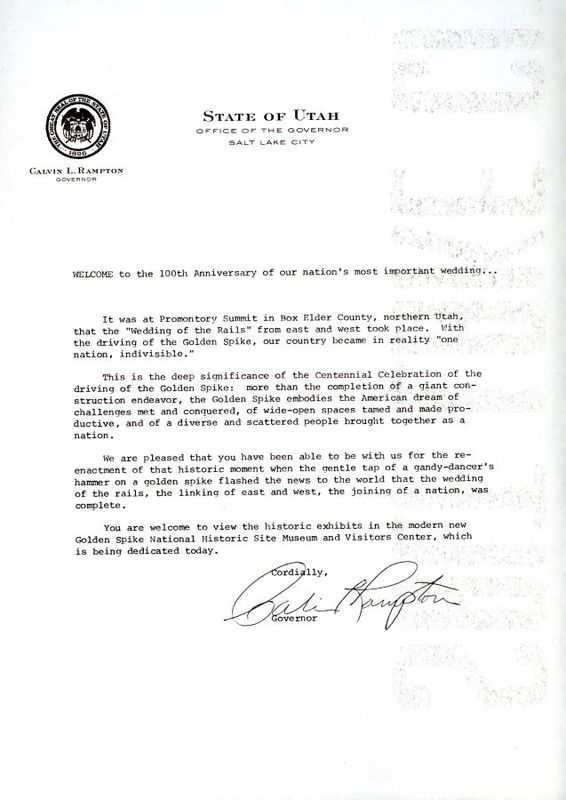