What Was the Role of Mormons in the Construction of the Transcontinental Railroad?

Telegraph from Brigham Young about the railroad.

Mormons did much of the grading work for the railroad through Utah. They also served as interesting local scenery for Andrew J. Russell, photographer for the Union Pacific.

W. C. A. Smoot recalled: “The Utah work, East of Ogden, was done by Mormons, who were law-abiding, conscientious and peace-loving men. They rested from all labors on the Sabbath Day and heeded religious worship. And they also asked a blessing upon their food and closed each day with singing and prayer.”

This was their song:

At the head of great Echo, the railways begun
The Mormons are cutting and grading like fun
They say they’ll stick to it ‘till it is complete
when friends and relations they’re longing to meet.
-
Hurrah, hurrah, the railroad begun,
Three cheers for contractor, his name’s Brigham Young.
Hurrah, hurrah, we’re honest and true.
And if we stick to it, it’s bound to go through. 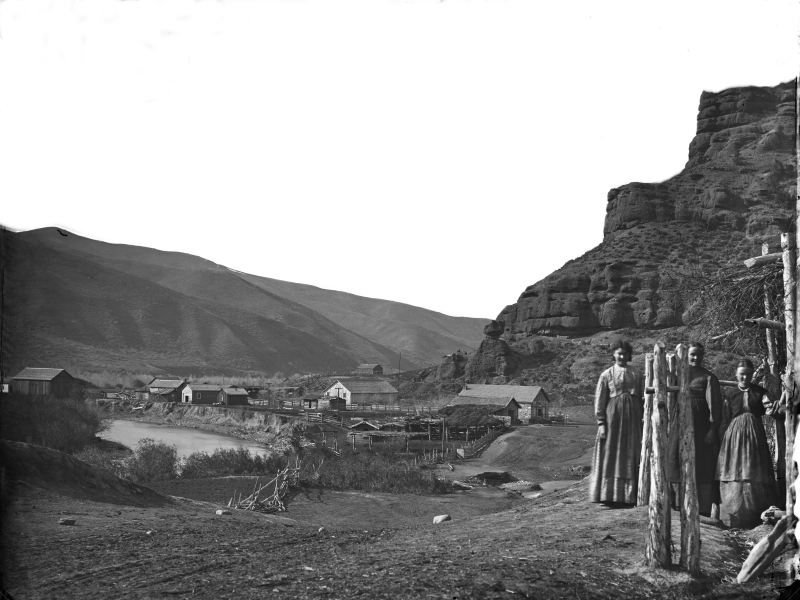 Why were so many Mormon laborers available to work on the railroad in 1868 and 1869? Shouldn't they have been working on farms? From 1867 - 1869, crops were hit hard by locusts, and therefore many farmers were in need of money to buy the food they could not grow.

Most Mormons worked not for the railroad, but for other Mormon contractors (often bishops or other prominent leaders).