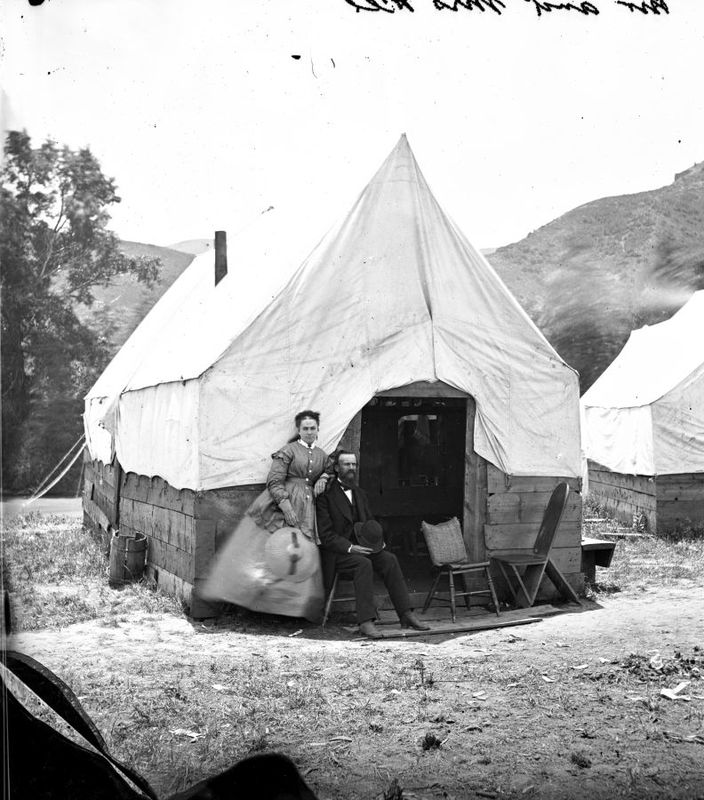 Not directly. Women are mentioned surprisingly infrequently in the historical records related to the railroad. None seem to have been on the payroll of either the Union Pacific or the Central Pacific.

Women were there as the road was built, however, in different unofficial capacities.

Men in positions of more power sometimes brought their wives along, as was the case with Strobridge, and others.

There were also the "soiled doves" who followed the progress of the railroad and made their living as prostitutes.

One more general historical myth deals with corsetry — that women were so constrained by corsets that they were fainting and otherwise restricted in their movements.

Women venturing out with the railroad, either with their husbands as workers, or later, just for travel, were careful of their appearance. A writer of a travel brochure noted: “A quiet, unpretending dress, and dignified demeanor, will ensure for a lady respect, though she travel alone from Maine to Florida.”

Corsets were part of that dignified dress. But corsets were not especially constricting - their wearers could (and did) hike, camp, walk, clean, and ride in them. Maids wore corsets, just as wealthy ladies did.