Did Steamboats go up the Bear River, Past Corinne? 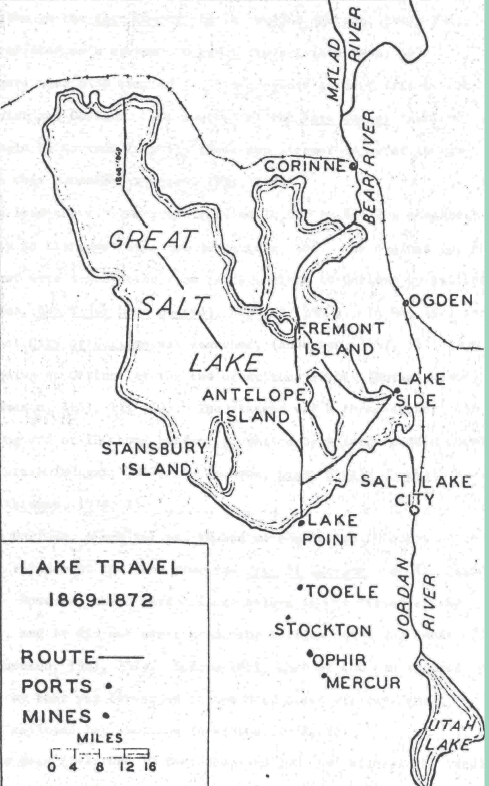 The Kate Connor made its first commercial trip to Corinne on November 4, 1869. The schooner was owned by (former) General Patrick E. Connor, who led the massacre at Bear River only six years earlier, and a McNasser. It weighed ninety tons, and was named for Connor's daughter.

On this first trip, it brought laths from Black Rock Mills, south of the lake. The Buster soon made a similar trip with silver ore from Stockton. This route between Lake Point and Corinne was an important freight connection between the mines on the Southern side of the Great Salt Lake and the railroad.

If passengers wished to take the journey, the cost was $5, round trip.

Once the Utah Northern Railroad was in place, steamers were unnecessary.

The 150 foot steamboat named City of Corinne launched into the Bear River at Corinne, Utah, in May 1871. Citizens of Corinne had contributed $4,000 to build this steamboat, inspired by the success of other vessels making the trip across the lake.

The river near Corinne was 300 feet wide and 13 feet deep, and the City of Corinne required 12 feet of water. The Bear River beyond Corinne may have accommodated the boat when the lake and river were high, but it would have had no reason to wind its way any further upstream. The point was to connect with the railroad. 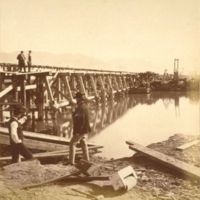 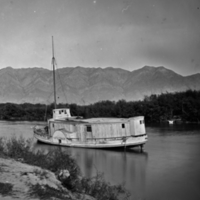 ← Were Chinese and Irish Workers Blowing Each Other up as They Approached Promontory?
What Happened to the Steamships? →
Did Steamboats go up the Bear River, Past Corinne?