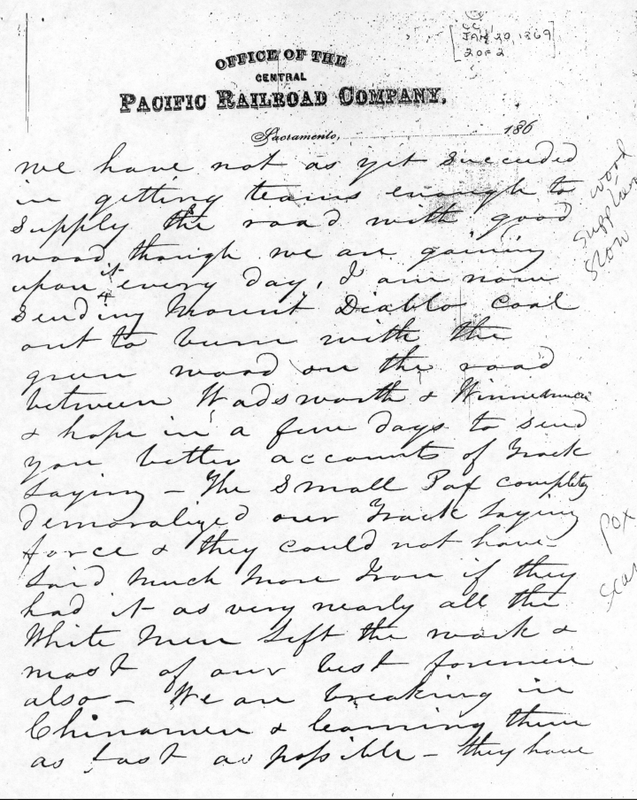 “. . . the small pox completely [immobilized] our track laying force and they could not have laid much more if they had it — as very nearly all the white men left the work and most of our best foremen also. We are breaking in the Chinese and learning them as fast as possible....

“. . . in the midst of trouble Stro (----?) sick with a very bad cold and afraid it was the small pox as the symptoms are very similiar. Men running off scared out of their senses.”