What Was the Role of American Indians in Building the Transcontinental Railroad? 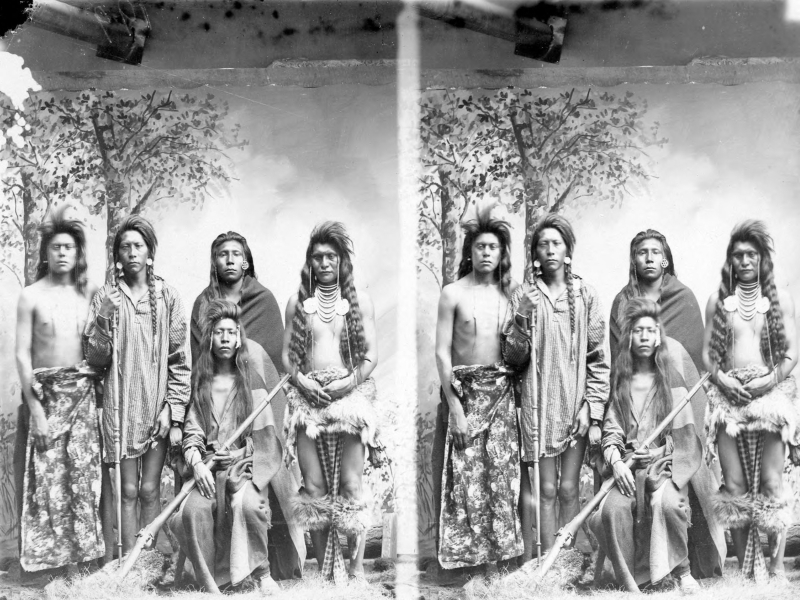 The Central Pacific and the Union Pacific addressed Native Americans in fundamentally different ways. The Union Pacific worked on a premise of eradication, and the Central Pacific worked on a premise of negotiation — they offered jobs (directly on the railroad, but as also "tourist attractions"), free lifetime rail passes for chiefs, and the threat of army intervention if things did not go well.

Colonel Connor set off in 1862 to "clean up the country" in advance of railroad construction. The Bear River Massacre was part of this horrible effort. Connor had wanted to widen his war on Indians to include Mormons, but failed to do so. Plains Indian tribes fought against the coming of the railroad and emigrants. By 1865, Connor was relieve of his command - but not because of his tendency to slaughter Native Americans. He had left 2/3 of his troops to "awful deprivation." Later, he would reappear in Utah in 1868, with a contract to provide ties to the Union Pacific. 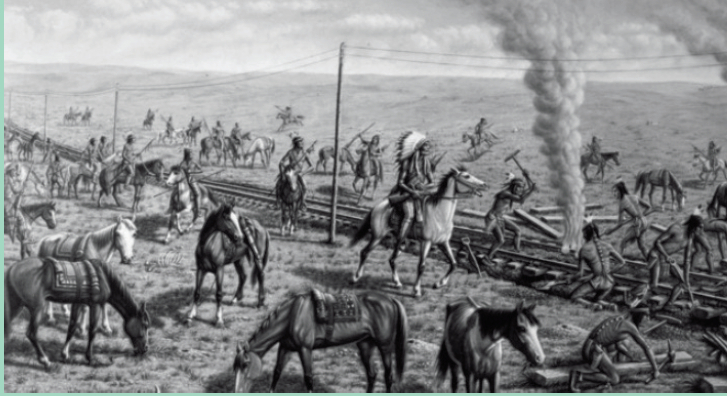 The relationships between Native Americans and the Union Pacific.

“. . . And further, it being understood that provision has been made by the Government of the United States for the construction of a railway from the plains west to the Pacific Ocean, it is stipulated by said bands that the said railway or its branches may be located, constructed, and operated, and without molestation from them, through any portion of the country claimed or occupied by them.”

Union Pacific work crews, in 1863, included Native American (probably Pawnee) women, due to labor shortages caused by the Civil War. These women did the grading work, often 15 to a crew. The Central Pacific also hired Native Americans for work crew, using them alongside Chinese and other laborers.

Ultimately, Andrew J. Russell, photographer for the Union Pacific, would also look at Native Americans as part of the scenic landscape to be promoted, and the pictures he took show that viewpoint. 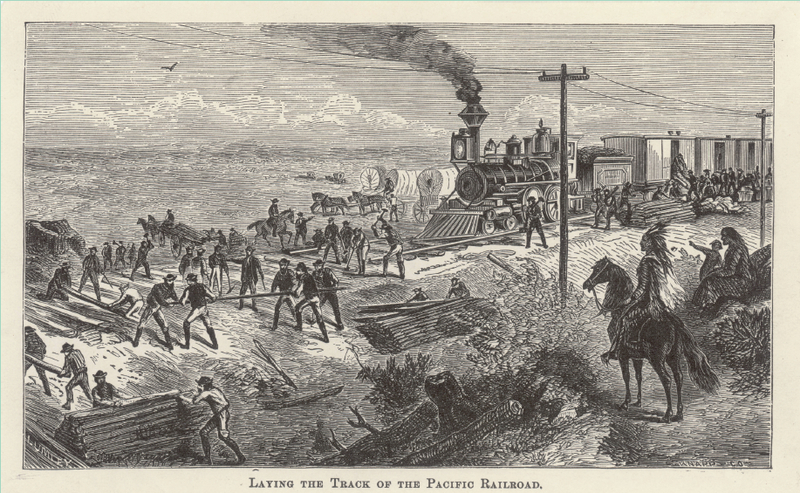 The relationships between Native Americans and the Central Pacific.