Were Chinese Transcontinental Railroad Workers Abandoned After the Road was Done? 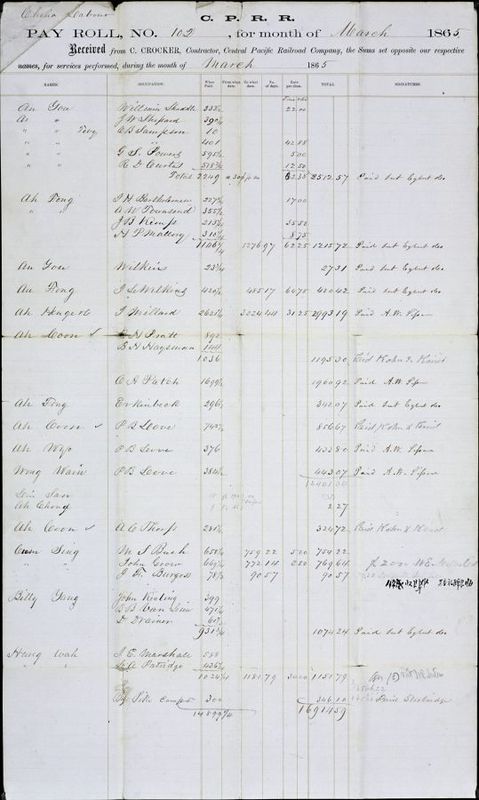 Payroll records from the Central Pacific, 1864.

“In May 1869, when the Golden Spike was driven at Promontory Point [sic] Utah, linking the Central Pacific and Union Pacific Railroads, the Chinese laborers from the Central Pacific's track crew were abandoned. On foot, hundreds headed west and many stayed in Elko.” — Elko Chamber of Commerce, Elko Area History, 2018

At the height of construction, the Central Pacific employed more than 10,000 Chinese workers. But once the difficult, mountainous sections had been completed in 1868, they laid off many of the workers. By early 1869, there may have been fewer than 1,000 Chinese railroad workers.

The Transcontinental Railroad had been built hastily, however, which meant that after the ceremonial completion in May, there was still much work to be done to bring the entire route up to standards. Chinese workers were sent back West to do this work, and the Union Pacific hired many Chinese to work East on the same project. Others were retained on a more permanent basis as section hands, and others went to work for other railroads connecting to the transcontinental line.  More than 400 Chinese people were in Box Elder County at the 1870 Census, working for the railroad, or in laundries, restaurants, and other industries. 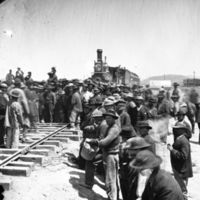 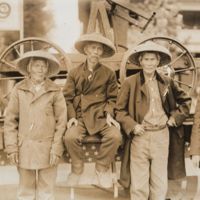 Three of the team of eight Chinese workers who placed the last rail in 1869 rode a float in an Ogden parade in 1919. Ging Cui, Wong Fook, and Lee Shao. 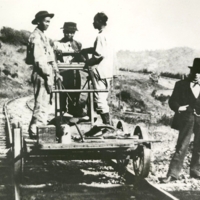