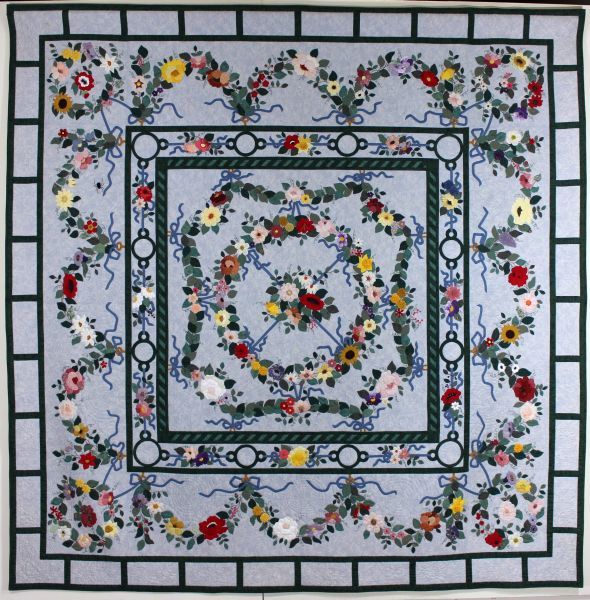 A delicately painted ceiling with garlands of flowers in the 17th-century Frogmore House in Windsor Park, England, had an emotional impact on Thorpe to the extent she produced her own ceiling in fabric titled "Frogmore." The ceiling in Frogmore House, which resembles an arbor open to the skies, was conceived by Mary Moser, the renowned 18th-century flower painter. The house was purchased for George III's consort, Queen Charlotte, and is used frequently by the Royal Family for private entertaining.