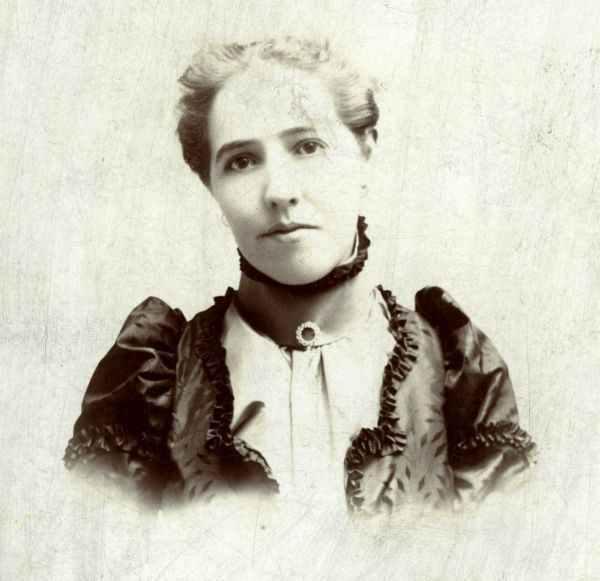 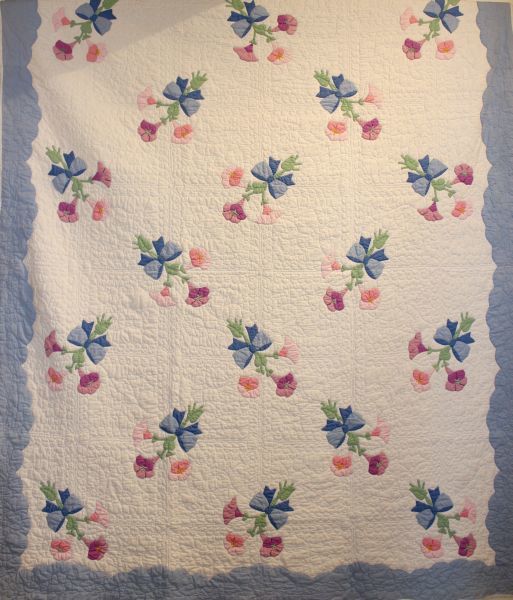 This quilt was made from a kit in 1935 for Annie's granddaughter, Mary Ann Creer. One of the quilt's outstanding characteristics is the unusual blue border with the inside scallop. The quilted bows between the embroidered groups of Morning Glories add whimsical charm to the piece.

Mary Ann Pratt was two years old when her mother Sarah died in 1878. Mary Ann's father Joseph was left with the overwhelming task of caring for five young sons and two daughters. When Mary Ann was three years old, a childless friend of her mother's offered to adopt the sickly little girl and raise her. Mary Ann was legally adopted by Diana and Barnard White and known for the rest of her life as "Annie." The family lived on a farm in Perry, Utah. When Diana died in January 1886, Annie, who was 10 years old, was cared for by her father's second (polygamous) wife Jane. Annie married Oluf Johnson in 1902. Of 8 children, only 3 (all girls) survived to adulthood.