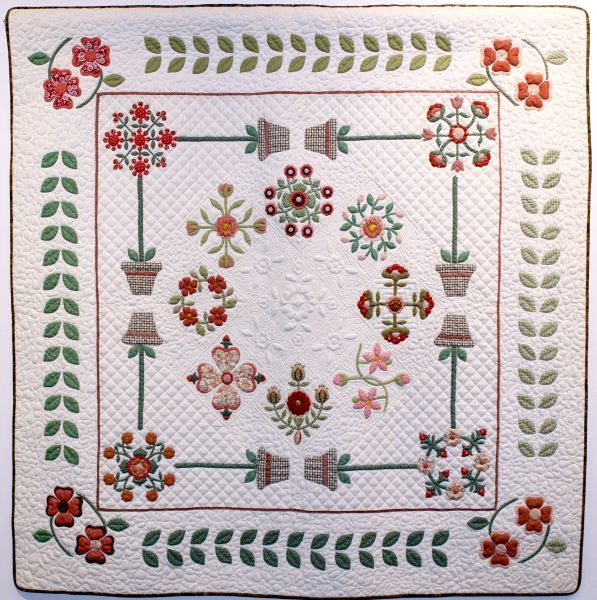 My daughter Christa saw a quilt at a local show and was quite taken by its beauty. She asked me if I could make a similar piece if she gave me a good description. Christa said it had a lot of flowers - mostly roses. It sounded like a Rose Sampler, so I chose several traditional rose blocks, laid out the quilt, and sewed it quickly. Shortly after I gave the  quilt to Christa, I received a thank you card saying how much she loved it. A couple of years later I found out that she had originally seen a Baltimore Album Quilt, and I translated her description of the Album Quilt as a Rose Sampler. I made Christa a Baltimore Album Quilt for her 25th wedding anniversary and named it "Mi Amor."