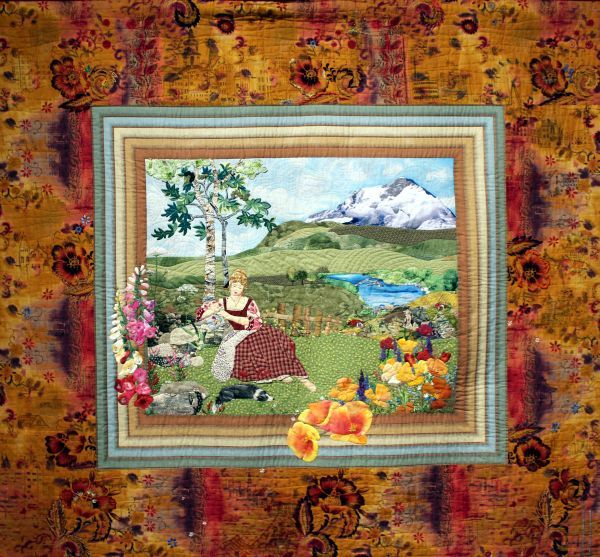 My longtime girlfriend asked me once if I could describe the place I wanted to live. I answered, "On a plateau, green meadows, a lake nestled between the birch trees, bushes of all kind and, most of all, an abundance of flowers. There would be a lake surrounded by rolling hills and, in the background, a high, snow-covered mountain. My house would be near the lake, and there would be a guest house close by." My friend remarked that this place sounded pretty boring and did not exist. She challenged me to paint a picture of this fantasy. Years later I followed her suggestion and fashioned Alpine Meadow with cotton, pen, and a lot of applique.